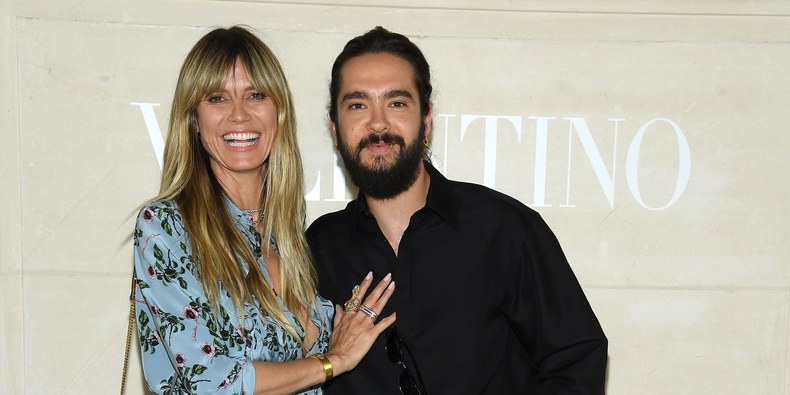 Posted at 07:28h in Fashion by Christian Ryan 0 Comments


Last the public knew, supermodel Heidi Klum had gotten engaged to her beau Tom Kaulitz, guitarist for German band Tokio Hotel, over the holidays. Though, she hadn’t made many public comments about wedding planning since then. One of the few exceptions came back in February when Entertainment Tonight asked Klum if she had picked a date. “Yeah, I think we did,” Klum replied coyly. “But you will find out eventually.” Turns out, that date was just weeks later in late February.

According to TMZ, Klum and Kaulitz obtained a wedding certificate and went through some sort of ceremony. Though, there’s not details yet on what that ceremony entailed. However, the site seems to imply they got married on February 22nd. Which would have been the exact one-year anniversary of when they first met.

Though the pair have something a notable age difference (she’s 46, he’s 29), the pair do share their German nationality. Apparently, they were introduced through a mutual friend who worked on Germany’s Next Top Model, which Klum used to host. Kaulitz’s band, which he fronts with his identical twin brother, is one of the biggest in the country, with each of their five albums debuting in the top five of the German music charts.

Both also met after recent divorces. Klum divorced her husband of 9 years, the R&B singer Seal, in 2014. Kaulitz divorced his previous wife in 2016.

Though the pair kept their wedding private, the pair hasn’t been publicly shy about their relationship. The rocker has been Klum’s plus-one for numerous red carpets, and they even, quite memorably, opted for a couple’s costume during last year’s edition of Klum’s legendary Halloween party. The model dressed as Princess Fiona, while the rocker transformed into Shrek. A fairytale romance indeed.

Kaulitz has also been a frequent presence on Klum’s Instagram.

Perhaps Klum opted to get the wedding out of the way because she has a busy year ahead of her. Making The Cut, Klum’s new fashion competition show, debuts on Amazon next year. She’ll be joined by her former Project Runway cohort Tim Gunn, along with judges Naomi Campbell, Carine Roitfeld, Nicole Richie, and designer Joseph Altuzarra.