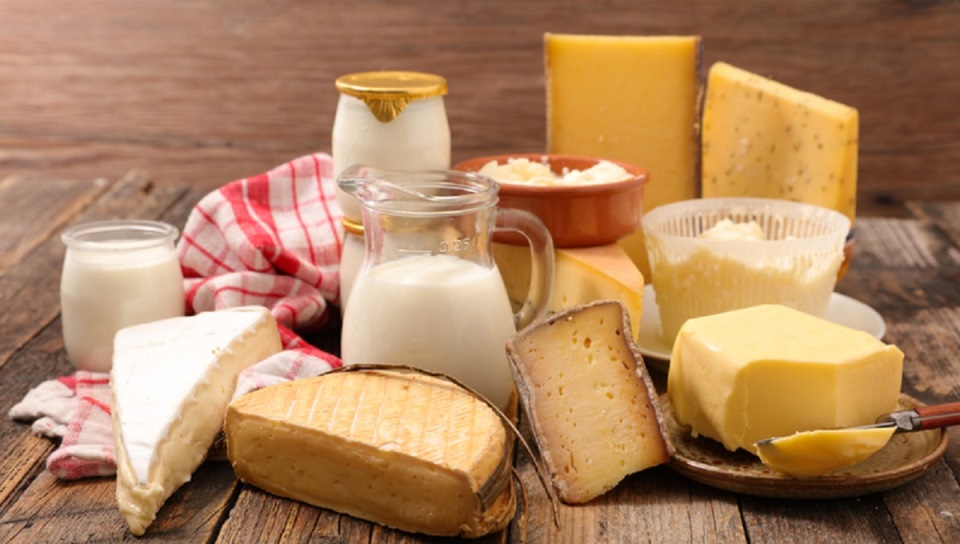 Posted at 14:14h in General by Christian Ryan 0 Comments

In Greece, in this amazing place, the production of cheeses and cheese products, has a tradition of many centuries and in fact it is speculated that for the ancient Greeks, cheese was a sacred food. In Greek mythology it is mentioned that the knowledge of cheese-making was given as a gift to people, by the gods of Olympus, when, as it is said, it was discovered by Apollo’s son, Aristeas.

References to cheese-making in ancient Greece, we have in the writings of Aristophanes and Aristotle, while Homer, has made the most famous, in the Odyssey, when he mentions the preparation of cheese from sheep and goat milk, by the one-eyed Cyclops Polyphemus, who was blinded by Odysseus .

From the time of the Byzantine Empire it is speculated that cheese began to be made in a similar way to feta cheese, while after the liberation from the Turks, the new Greek state relied on animal husbandry and cheese-making, resulting in the creation of many new Greek cheeses. Nowadays, cheese is an important part of the daily diet of Greeks. Almost every region of our country has its own tradition in the production of cheese, while more than 70 different species have been recorded.

There are several types of cheese, which are categorized based on their texture, colour, or method of preparation. So, we divide them into white or yellow, fresh or ripe, but also soft, semi-hard and hard. But let’s see the most famous, and favourite of our cheeses, how they are prepared and their characteristics.

The best and most beloved cheese, not only in Greece, but also in the whole world! It is a soft, white and salty cheese, made from goat’s and sheep’s milk, with a slightly sour taste, preserved in brine in wooden barrels or tins. It is produced in our country in a traditional way, from sheep or a mixture of sheep and goat milk in a ratio of 60:30 (not in a ratio higher than 30%).

There are many variations, depending on the region in which it is prepared, mainly in the regions of Macedonia, Thrace, Epirus, Thessaly, Central Greece, Peloponnese and Lesvos. The fresh sheep’s milk is cut with rennet, reheated and drained. When it starts to coagulate, then it is cut into pieces and salted with brine. The longer it stays in the brine, the harder and more durable it becomes.

It matures in a period of 2 months, in wooden barrels or special metal containers, in brine, in which it is still kept as a means of preservation. Although the production of cheese, similar to feta is estimated to date back to the time of Homer, the name “feta” is said to have been born during the Venetian rule in Greece, in the 17th century, originating from the Latin word “fette”.

It is eaten as it is accompanied by food or fruit and is cooked in pies or with meat and chicken, but it is also fried. It is a PDO(protected designation of origin). with a maximum moisture content of 56% and a minimum dry fat content of 43%.

A savory gruyere, for those who love spicy and delicious cheeses, produced in the regions of Western Macedonia, Epirus and in the prefectures of Etoloakarnania and Evritania. Hard cheese  characterized by the distinct holes it has in its mass. It is produced from sheep’s milk or a mixture of it with goat’s milk, with the latter containing less than 10% by weight.

Ideal for saganaki, while if it is well matured, it also works wonderfully for spaghetti. It is PDO. with a maximum moisture content of 40% and a minimum fat content of 40% dry weight.

It is considered the oldest of the hard cheeses in Greece. It has a salty, spicy taste and pleasant aroma, which is achieved after maturation for at least 3 months. It is made from sheep’s or goat’s milk or a mixture of these, in the areas of Central Greece, Peloponnese, Macedonia, Epirus, Thessaly, Crete, Ionian islands and the Cyclades. Depending on the mixture of milk used in the production, the cheese varies between yellow and white. It is consumed as a table, in cheese pies and as a saganaki (fried cheese). Maximum moisture content 36.3% and minimum dry fat content 40%.

One of the most popular cheeses in our country, produced in the geographical areas of Thessaly, Macedonia, Xanthi and Lesvos. In our place, it has a very long history and it is said that it was originally called “kaskaveli”. It is made with the technique of elastic cheese mass, it is a semi-hard yellow cheese and it is produced either from sheep or from a mixture of sheep and goat milk, with the latter being contained in a proportion of less than 20%.

It has a fine aroma and taste and is soft to chew, which is why the elderly love it very much. It melts evenly and can be used to make pizza and soufflés. It is a PDO. with a maximum moisture content of 45% and a minimum dry fat content of 40%.

Greek cheese produced from whey of another cheese (sheep, goat or cow, depending on the region prepared), with the addition of fresh milk. Its taste is similar to that of manouri, usually brackish, but there are also sweet varieties such as the Cretan mizithra. Usually, to thicken, the mixture is inserted into a special cloth (bag), which is hung from a high point, from its four ends. So usually the mizithra heads have an opioid shape (pear).

For its preparation, in some parts of Greece, lemon juice is used instead of rennet. In the market we find both green and dry mizithra. The green mizithra is soft in texture and quite similar to cottage cheese, while the dry mizithra is harder in texture and is suitable for rubbing. It is eaten as is, in pies, or grated in pasta. Maximum moisture content 70% and minimum fat percentage dry weight 50%.

Traditional, soft, Greek cheese, produced from a mixture of whey with fresh sheep’s milk, or a mixture with goat’s milk, or with sour cream, in cone-shaped “heads”. There are two types of cream cheese, fresh and dried. Fresh is a soft, white and fresh cheese, with a brittle and slightly granular mass, which is consumed as table cheese or used in the preparation of cheese pies. Depending on the fat content of the milk used and the amount of salt, it can be thick or almost skimmed, as can it be moderate to noticeably salty.

Hard cream cheese is solid, quite salty, with a rich peppery taste and is consumed as table cheese or used grated in pasta dishes or salads. Maximum moisture content 70% for fresh and 40% for dry, with a minimum percentage of fat on dry weight of 65% for both.

A soft, white cheese, with an ointment texture and a cool sour taste, which matures in buckets or containers, with the addition of milk. You will find excellent quality of this cheese in Pelion, Magnesia, but also in the region of Epirus and Thessaly. It is traditionally produced from sheep’s or goat’s milk or a mixture thereof.

The milk is heated to boiling and placed for 24 hours in containers at room temperature. 3-4% salt is added and left at room temperature for two more days, where it is stirred occasionally to develop acidity. With or without the addition of rennet, it is placed in cloth leather bags (touloumi) or in wooden barrels. They are transported to warehouses, for at least 2 months, in case raw milk is used.

Most likely its name came from due to its high humidity in water, as well as its soft texture. It is a PDO. with a maximum moisture content of 75% and a minimum fat content of 40% by dry weight.

One of the best Greek gruyeres, made in the mountainous volume of Agrafa in the prefecture of Karditsa. It is a hard yellow cylindrical cheese, with a slightly sweet taste, traditionally produced from sheep’s milk or a mixture of sheep’s and goat’s milk, with the latter not exceeding 30% by weight. It is prepared by coagulating the milk with rennet and after the gel is divided and reheated, with constant stirring, it is pressed for one day and remains on wooden shelves to dry.

The minimum maturation time is three months. Sheep and goat farmers were the oldest productive class of Agrafa. In 1888, the first improved Greek hard cheese was produced by Reynoldos Demitriadis, which was named Agrafon cheese and which was later extended to the whole prefecture of Karditsa, under the name Agrafon Graviera. It is eaten as it is, accompanied by bread, fruit or even food, while when it melts and bakes, it does not form a crust. It is a PDO. with a maximum moisture content of 38% and a minimum dry fat content of 40%.

Excellent cheese, especially when it has matured in caves of the Cretan mountains. It has small holes and tastes slightly salty, full of butter and milk proteins. It is a hard yellow cheese, cylindrical in shape, traditionally produced from sheep’s milk, or a mixture of it with goat’s milk, with a content of up to 20% and a maximum salt content of 2%, while it is of better quality when made only with sheep .

The coagulation of the milk is followed by division of the gel and reheating with constant stirring. The curd is then extracted, placed in molds and pressed for a few hours.
Then the cheese remains in the air for a day and then put in brine for 2-5 days, depending on the size of the cheese. Then, it comes out of the brine and is driven for maturation in chambers, for at least 3 months.

At the same time, up to 10 surface saltings and inversions of the cheeses are carried out. It is eaten in any way, raw, with fruit and bread, in omelets or cooked with lamb. It is a PDO. with a maximum moisture content of 38% and a minimum dry fat content of 40%.

The only cow’s milk, light yellow with a fine aroma and rare taste, made exclusively in Naxos, Cyclades and is one of the best Greek cheeses. Round table cheese with a cylindrical shape produced exclusively from cow’s milk or a mixture of it with sheep and goat (the latter at a rate not exceeding 20%). It is eaten raw or cooked like all gruyeres and the best way to develop its flavors is with summer fruits. It is a PDO. with a maximum moisture content of 38% and a minimum dry fat content of 40%.